Background: In the run up to the Birmingham 2022 Commonwealth Games – a multisport event with over 5000 participants from 72 countries ­– the British Army’s Headquarters West Midlands wanted to ensure they were fully prepared to support the Games’ organisers in delivering a successful event.

Challenge: Test and analyse the capabilities of HQ West Midlands to manage a far-reaching and ever-escalating incident as part of a multi-agency response, mid games.

Benefits: Important lessons were identified that improved command and control duties at the Games, while key people met and worked together prior to the event – something that proved invaluable during the operation.

“4C Strategies’ consultants provided a top-class service and added significant value to the effective delivery of the exercise. Exonaut was invaluable in providing the oversight we needed to manage the Main Events list and the status of all Incidents and Injects in the exercise.”

Exercise Blue McCaw was a mission rehearsal exercise for the British Army’s Headquarters West Midlands. It is designed to test its ability to deliver security, ceremonial, and engagement awareness for the Commonwealth Games 2022 in order to enhance Defence’s reputation and support a successful games delivery. Furthermore, the exercise was intended to demonstrate the ability of HQ West Midlands to deliver when faced with concurrent resilience operations.

In order for the exercise to be effective, there was a large control element comprised of Lower Controllers (LOCONs) simulating the Tactical groups across the region. Service personnel were deployed to the various venues in line with HQ West Midlands Direction. A Side Control (SIDECON) represented the Multi Agency Command Centre, including the Gold and Silver representatives and the Joint Regional Liaison Officers, sitting with the Games’ organisers and the emergency services. To complete the picture, a Higher Control (HICON) was present, comprised of representatives from Joint Standing Commander and Regional Command.

The training audience had a number of concurrent events to deal with, ranging from a minibus involved in a road traffic incident with service personnel on board, to severe weather warnings and extreme heat, plus cyberattacks on key Ministry Of Defence (MOD) infrastructure that restricted communications. A number of injects were fed in during  the exercise, including an outbreak of illness amongst the supporting service personnel, and incidents at accommodation sites. All these elements were to be considered alongside the threat of severe weather and ongoing support to a nationwide petrol shortage caused by a tanker driver strike.

Specifically, 4C were asked to:

Supporting the exercise with people and digital

In order to provide the necessary support, two 4C consultants were assigned to the exercise; James Wase, previously a Sergeant Major Instructor, and an expert in Military Training and Ben White, who has previously supported the delivery of the 2012 Olympic Games Readiness Exercises. An essential part of the assignment also included the use of our dedicated digital tool, the Exonaut Collective Training and Exercise Management System.

Building capabilities based on lessons learned

The Exercise has been fundamental in allowing Headquarters West Midlands to identify a number of lessons that can be used to improve the way it will command and control during the time of the Games. Equally importantly, it has brought key people together to build the relationships and understanding that will prove invaluable during the operation.

“Due to the time available and the scale and complexity of the exercise, 4C Strategies was engaged and provided excellent guidance and support to ensure the main events and associated injects were captured, structured and ready for delivery ahead of the delivery deadline. During the exercise, the continued support from 4C was key to ensuring the training audience received a demanding and challenging event that was coordinated through the Exonaut Training and Exercise Manager. Exonaut reduced the time spent on preparedness, ensured the delivery was professional, and ensured observations and recommendations were captured.”

4C Strategies provides military clients with a broad range of tailored solutions designed to manage complex exercises, enable capability development, and enhance readiness across the organisation. Book a free, live demo or meet with one of our expert consultants to discuss your requirements. 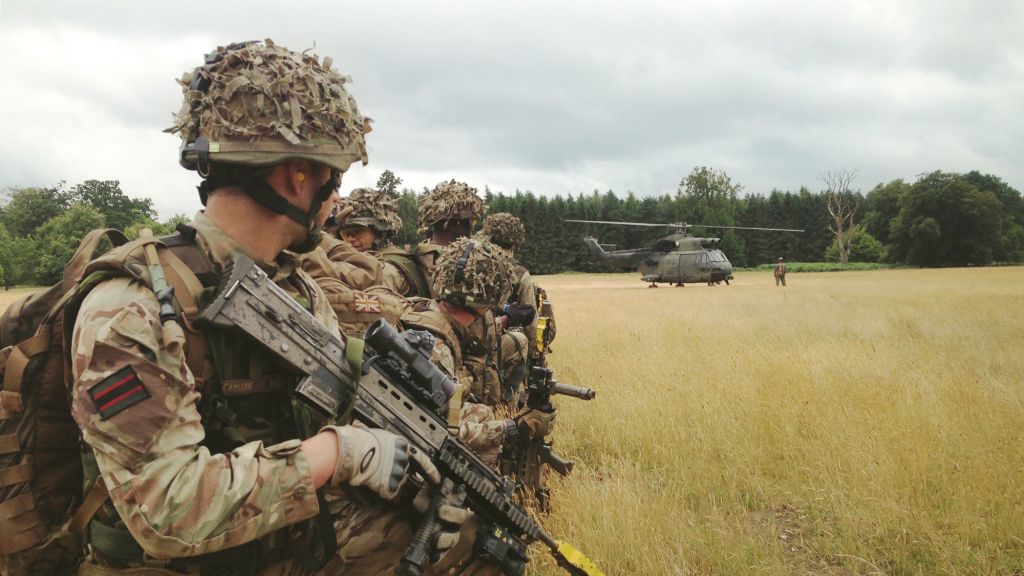